When you get married you suddenly have abundance of important dates , other than your own birthday. And since you share some of these with your spouse the whole surprise element comes into play. So there are the birthdays , then the wedding anniversary , these two are the bug ones. Other dates may be the Valentine’s Day or some other memorable dates from your time of courtship. The trouble with these dates are what to gift to your spouse. I tend to believe that a gift is something that the person you are giving it to will love. You have done your homework and you are giving something meaningful to the recipient. A present is more like a on the fly item you pick up when rushing for a party , going to attend a wedding reception or when you are travelling and you pick up souvenirs for people. It’s not as meaningful in your mind. Both a gift and a present can be useful however, the thoughts behind buying each is slightly different.

But when you come across about  2 to 3 occasions annually and you have to gift to the same person it become a nightmare. Some people tend to ask their spouse what would they like. I appreciate this because it’s better than ending up buying something undesirable. The other is to go with your guts.

I think some people are smart enough to drop hints about what they would like. Unlike these people I prefer to be surprised. My list of favourite gifts include any luxury items like watches, jewellery , perfume, designer bags, destination vacations. I am fairly easy to shop for. I don’t like being gifted clothing because of fits and designs. Otherwise I am pretty much game for anything, even a great dinner or a bottle of Jack  Daniels. I think sometimes my spouse gets a bit hassled over what to gift. Like most men he cannot think beyond technology, so after 3 phones, 1 tablet , 1 sports watch I am afraid of what’s coming next.

Just wish the spouses would tune into what women want and no that doesn’t mean they Google gift ideas because some the sites have really dumb ideas. If I were to suggest gifting ideas for wives, they would be as follows:

Go buy some good gifts for the women you love.

A few days ago I read a web article about a Teacher from a school in the Mumbai Suburbs about the dress code she follows to her work place. The writer referred to “ Many students and ex-students over the generation have written in saying that they have dreamt of my saris.” While reading this I realized this could have easily been my Mother talking. It took me back to memories of her getting ready for her college. I must have been 6 or 7 still going to primary school, and returning early to be able to see her get dressed for work. She also worked in a Girl’s College in the suburbs and took the college bus to work every day. She wore mostly Handloom cottons or printed cottons during summer, on rainy days she wore synthetics ( that’s what they were called then) and during the mild winter she wore handloom silks, printed silks. She accessorised her outfits with subtle jewelry. I know she had a collection of semi precious stone jewelry which I later inherited. She had her glass bangles. But they were rarely worn by the time I could remember. She wore light gold earrings and bangles and a watch with black leather band. She had progressed from the semi precious colorful jewelry to Gold, but the color wasn’t lost, she had rings made with different color stones, and matching earrings and bangles. We would go shopping for these in the city when we visited during vacations. And everyday when she got ready she would match her accessories with her saree. She seemed to do it without a hitch. I was awestruck by it. I thought someday I would be able to do the same. I remember she used to have her leather bags in the Black, Brown and Neutral color which she would pair accordingly. And her heeled Sandals, colorful and dainty but subtle at the same time. She stopped wearing heels after a freak accident at a railway station. But I still remember trying out her sandals all the time as a child.

She told me many stories of how her students would be in awe of her clothes and accessories. They would discuss amongst themselves what color outfit she would wear on a particular day. In the 80’s and 90’s the students were still respectfully afraid of the teacher so they didn’t talk about it to her in class. She found out from them during their  field trips or excursions or sometimes once they had passed out of the college and come back to join the department as juniors. The millennial student were more forthcoming. They would tell her in the classroom that they liked what she was wearing.

The day I read the article I posted it on FB and wrote a bit and while doing that I found I had more to say. So, I decided to write this post for her on Mother’s Day. For my mother, who inspired me to dress well, accessorize and show up looking ready for the job every day. I came to embrace this tenet of dressing well pretty in life. Mostly I didn’t care how I looked because I thought my sparkling personality would do the rest. In the past 2-3 years I have moved away from only dressing up for occasions to dressing right Every day. And although my choices and taste are a poles apart from my mother, I know that some part of the love for sarees come from her. I remember I was given I saree every year and slowly by the time I was working I made sure I bought one saree every year. For a young person of my generation who did not have too many occasion to wear saree I had a sizable collection and would enjoy wearing them to Family events much to the surprise of people who thought I was too young to wear a saree. The concept of saree being meant for only rare festivities is ingrained in some and hence they are surprised to see me wear a saree. However, my Mother has definitely inspired me to wear a saree at most occasions.

Thank you Mom, for the inspiration. As years go by I realize how much influence you have on how I shaped up as a person. Happy Mother’s Day!!

So here is what I have read in the first 4 months of the year. I am still working on the 1 book every month resolution.

1. Fantastic beasts and where to find them – J K Rowling

I plan to keep updating this as and when I have finished books.

To Kill a Mockingbird is a novel by Harper Lee published in 1960. It was immediately successful, winning the Pulitzer Prize, and has become a classic of modern American literature. It is primarily a novel about growing up under extraordinary circumstances in the 1930s in the Southern United States. The story spans three years, during which the main characters undergo significant changes. Scout Finch lives with her brother Jem and their father Atticus in the fictitious town of Maycomb, Alabama. Maycomb is a small, close-knit town, and every family has its social station depending on where they live, who their parents are, and how long their ancestors have lived in Maycomb.

The story also addresses the racial tension in America. But in order to sift through the many layers of racial prejudice that Lee exposes in her novel, the reader needs to understand the complex history of race relations in the Southern States of America. A simple reference can be the 2016 Hollywood movie Hidden Figures which depicts the racial segregation that existed in America.

There are 2 other serious issues that are dealt with in this book rape and loss of innocence. Both these elements make some parts of the book difficult to read.

A good part of this story’s brilliance lies in the fact that it’s told from a child’s point-of-view. Through Scout’s eyes, Lee is able to present the story objectively. By having an innocent little girl make racial remarks and regard people of color in a way consistent with the community, Lee provides an objective view of the situation. As a child, Scout can make observations that an adult would avoid or sugarcoat. Readers, too, are likely to be forgiving of a child’s perception, whereas they would find an adult who makes these remarks offensive.

This book has left an indelible impression when I re-read it later in life. As a young adult on my first reading I hadn’t comprehended the intensity of this book. It is at a much later age that I realized the cruelty the world is capable of and hence I think the theme of loss of innocence is so crucial as a reader’s experience.

Like all good literature, this book was made into the well-received 1962 film starring Gregory Peck as Atticus Finch.

Go Set a Watchman is a novel by Harper Lee published on July 14, 2015, which was marketed as a sequel but it is really a first draft of this famous novel. I am yet to read it and once I have, I would come back with a review for it. 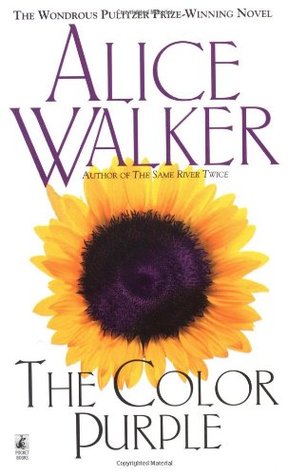 Alice Walker‘s world acclaimed novel The Color Purple was published in 1982, it went onto win the Pulitzer Award in 1983. The novel takes place in rural Georgia, the story focuses on the life of women of color in the 1930s. It addressed numerous issues including their low position in American social culture. The novel has some explicit content, particularly in terms of violence. The book has been targeted by censorship because of its explicit content.

But let me come back to why this book is one of my top ten favorite of all time. I stumbled upon this book thanks to my friend, her sister had a heavenly collection of fiction, and I borrowed from her. This book was recommended to me and after reading it, I was left moved. The novel is about the intense connection that is created between the women in the story.

The Color Purple was not an easy book to read, it is not written like most novels. The novel consists of a series of letters, none of which are dated, and in order to have a time frame for the novel. But the Walker leaves clues for the reader and if we read carefully we can figure out the timeline for the story. Roughly, the novel has a time span of about forty years. The other difficulty in reading this novel is the language Walker uses. Some of the letters are not written in standard English, it has a dialect which is closer to folk language. It is awkward to read it initially.

The novel is as I said, about relationships among these strong women, five of them actually, and they have a lot of courage. They refuse to be beaten into submission. The story is really about those two things, Courage and Strength and how Love sustains the women through trying times. The connection established between the reader and the protagonist is based on understanding suffering and the need for compassion.

As a side note to this I had watched a student production of The Color Purple adapted into play when I was in college and honestly too horrified by it. It had hurt my senses. But reading the book at a later age it was a revelation, because the book required more compassion and understanding which I didn’t have at the earlier age.

This work is licensed under a Creative Commons Attribution-NonCommercial-NoDerivatives 4.0 International License.